6 Reasons why Mobile Gaming Is the Future 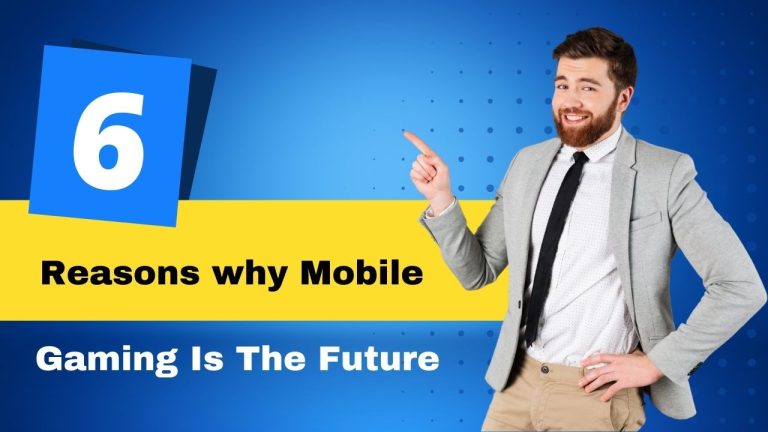 The online mobile gaming industry is one of the most important global industries. In 2020, the industry earned $77.2 billion in revenues.

Experts from around the globe believe the industry will continue to grow. Future growth is indicated by the advancements and trends in the industry.

We have listed six reasons to help the industry continue its growth.

Mobile game developers have greater access to more users than PC or console game developers. Senior citizens may play casual mobile games as a way to relax. Children and teens who don’t have consoles might use their phones to play games such as Fortnite or PUBG.

Gaming Experiences and Games that are Better

Smartphones have become more potent over time. Smartphones can process data at a faster rate and have larger storage capacities. This allows game developers to create better games than before because of hardware limitations.

Recent new hardware advances have made it possible to create games like Oceanhorn 2, Call of Duty Mobile and Sky: Children of Light.

Game Development Companies are currently looking at ways to improve the gaming experience. Controllers that are mobile-friendly are one way they do this.

Razer has released a controller that can attach to the phone’s side, taking inspiration from the Nintendo Switch. Razer’s controller can be connected to either side of the smartphone, unlike other mobile game controllers that require the phones to clip onto the controller. Similar advancements have been made to the Backbone One controller.

In recent years, big publishers such as Riot Games and EA have entered the mobile gaming market. They have also brought their significant franchises to mobile.

Provides Caters to a Large User Base

Mobile gaming was initially a casual game. These simple games are still popular among non-smartphone users.

Casual gamers are those who play casual games to pass the time. They are usually not invested in the games they choose and prefer light, simple-to-play ones, like Candy Crush, Gardenscapes and Subway Surfers.

Google says there are two types of smartphone gamers: strategy and fantasy.

Strategist gamers are people who enjoy strategic and community-oriented games. They want games that allow them to team up and solve problems together. They enjoy Clash of Clans and Arena of Valor.

Fantasy gamers are people who use games to escape from the real world. These gamers prefer games that have interesting characters and good storylines. They can transform into someone they aren’t in real life. They play Fate/Grand Order and Ragnarok, among others.

Although smartphones used to be dominated by casual games, there have been a lot of games released in other genres in recent years. Anyone interested in gaming can now find a game that they enjoy on their smartphone.

Advertising has become more attractive. New ad formats have been created by game developers, such as playable ads. Users accept them. Reward ads, which reward players for their time by offering in-game perks, are gaining popularity.

Subscriptions have also been well-received. Apple Arcade is one example, while Google Play Pass is another. Users can access a variety of games by paying a monthly fee. Aside from these companies, subscriptions have been used to monetize users of individual games such as Ark Survival: Reloaded and PUBG.

Nvidia, Microsoft, Google and Microsoft have released cloud gaming services in recent times. Other companies like Amazon and Nintendo are expected to follow suit. These services allow users to play PC and console games from their phones with just an internet connection.

This is the one thing hardcore gamers have longed for many years. Many would not turn down the chance to play their favourite console or PC games while on the move.

Many people predicted that the future mobile gaming industry would see a decline. It hasn’t yet happened.

The People Closest To Alternative To Programs Share Some Big Secrets