A Comprehensive Guide About The Potential Of NFT Gaming Development 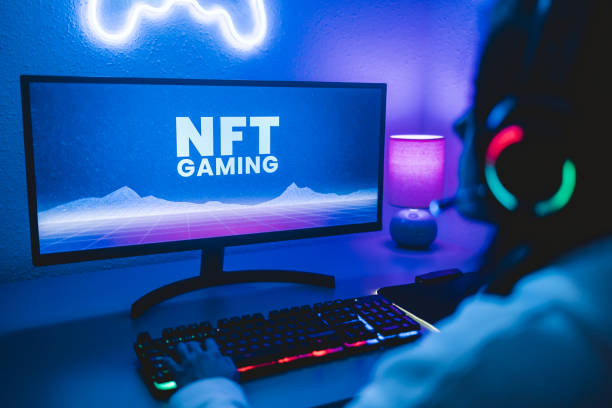 The entire globe is talking about the phenomenon of Play-to-Earn (P2E). The surreal growth of the metaverse is the reason for this. Likewise, players are pocketing heavy rewards by participating in numerous challenges and tournaments. They can exhibit their skills and talents against fellow gamers. As Web 3.0 adoption increases, it is an apt time for NFT Gaming Development.

It is a unique kind of crypto collectible that is minted by artists on blockchain-based marketplaces. Non-Fungible Tokens (NFT) in the gaming industry can represent powerful weapons, eye-catching costumes, skins, tickets, and passes for events.

Generally, there are 2 types of games. Player-vs-Player (PVP) and Player-vs-Environment (PVE). Holders of NFTs can buy, sell, and exchange their digital collectibles on various marketplaces anytime.

Built on the Ethereum blockchain, Axie Infinity has more than 2.8 million active users. Players can utilize the AXS ERC-20 governance token to get rewards, influence proposals, and participate in auctions. They can also buy AXS tokens from platforms like Binance and Uniswap. Overall, Axie Infinity has sold more than $4 billion in NFTs.

Operating as a virtual gaming world, The Sandbox allows users to buy and sell LANDs by utilizing $SAND (utility tokens). Users can also purchase various types of NFT collections. They can sort them based on LANDS, Entities, Equipment, Wearable, and Artwork. Currently, The Sandbox is organizing the Alpha Season 2 tournament.

Since its launch in 2018, Splinterlands is one of the fastest-growing Decentralized Applications (DApps). Moreover, it has also partnered with Warner Music Group for launching more Play-to-Earn (P2E) games. Importantly, Splinterlands is also cross-compatible with various blockchain networks like Ethereum, TRON, and WAX. They can also trade the cards on various NFT marketplaces like OpenSea and Monster. Market. Moreover, the trading volume on Splinterlands has surpassed $174,270 in the last 30 days.

As an NFT social verse, Alien Worlds allows users to lease spacecraft and be part of the Planet Decentralized Autonomous Organization (DAO) with the Trilium (TLM) tokens. Importantly, players can showcase their powers by choosing the right strategy. Users can choose certain types of cards, mine, fight, and complete missions successfully on Binance Smart Chain (BSC), Ethereum, and WAX (WAX) blockchain networks.

Why is NFT gaming one step ahead of traditional gaming platforms?

Players can own exclusive collectibles and get rewards for winning different challenges and tournaments. Besides that, project developers can entice users with Mystery Boxes and Initial Game Offerings (IGOs).

In the long run, the future will depend on aspects like the rarity of the digital collectibles, the extent of monetization opportunities, the launch of in-game tokens by various platforms, and the changing regulations.

For a long time, the traditional gaming industry was dominated by big tech companies and console manufacturing industries. Greater preference towards collectibility and utility will give NFT gaming development an edge.

How interest in NFT Gaming is skyrocketing?

Launched in September 2021, Nifty League will focus on Play and Earn (PAE) games where multiple players can battle it out against each other.

Worldspark Studios – The independent gaming studio got $3 million in funding recently. The startup is currently scaling up Edenbrawl, a game where users receive NFTs after they win combats.

This will help it compete with reputed games like League of Legends and Dota 2. Players can buy characters, weapons, skins, and creatures and trade it for a profit. It is also partnering to develop more games on the Solana blockchain network and sell tokens in 7 to 8 months.

Zynga – The American social gaming development company will come out with a blockchain-based game this year. Having partnered with Forte, a blockchain infrastructure company, Zynga will focus more on in-game economies. Hence, gaming project developers can mint and sell NFTs with ease. Players can also own these valuable goods and benefit from sufficient liquidity and high rewards. This will act as a viable alternative to the Free-to-Play (F2P) model.

What to expect from the future of NFT Gaming Development? 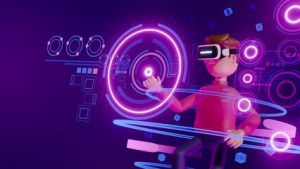 Interoperability – Economic incentives will lead to more popularity for Play-to-Earn (P2E) gaming. Hence, project developers who launch their NFT gaming solutions on various blockchains and sidechains will get a huge advantage. This will lead to an increase in daily and monthly active users (DAUs and MAUs respectively). Thus, users can buy, sell, and transfer digital assets on various marketplaces seamlessly.

The balance between the real and the virtual worlds – As the metaverse grows immensely, the integration of technologies like Augmented Reality (AR) and Virtual Reality (VR) will lead to a better user experience. The sale of wearables, merchandise, and weapons would uplift demand from investors. Besides that, streaming of events and competitions will help in attracting amateur as well as professional gamers.

Changes in laws – With the rapid adoption of the Play-To-Earn (P2E) business model, more nations will come out with amendments in regulations related to Intellectual Property (IP) and Copyright Infringement. However, blockchain technology will ensure transparency. Users can verify the authenticity of the crypto collectibles by checking the token ID and the contract address on the blockchain explorer. Moreover, changes in revenue-sharing agreements and renting of trading cards will alter the NFT gaming sector in the years to come.

Digital avatars, multiplayer battles, and the emergence of Decentralized Autonomous Organizations (DAOs) will determine the future of blockchain-based games. Further, video game developers will also have to focus on the economic and technical aspects of Non-Fungible Tokens (NFTs) to succeed in the metaverse. Eager to be part of this new revolution? Utilize NFT game development services.

The Top 10 Sports Video Games of All Time

DO YOU THINK ONLINE RUMMY IS BETTER THAN TEENPATTI ONLINE GAME?

What You Need To Know About IOS App Development