The Rise of Two-Sided Software Marketplaces 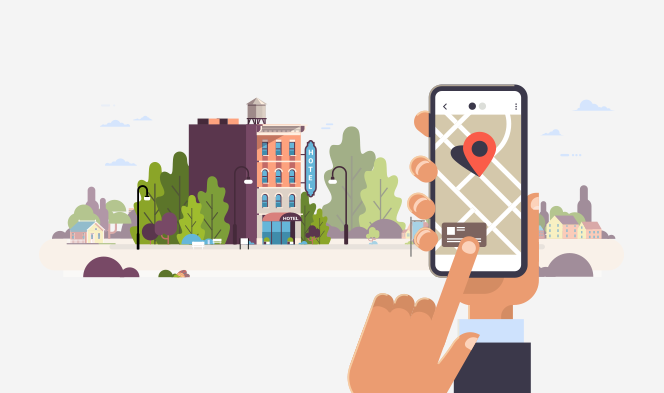 What Exactly Is a Two-Sided Market?

Two-sided software markets have risen in prominence in recent years. Since their release, apps like Uber, Lyft, Airbnb clone script, Fiverr, Paypal, and others have dominated the app store. This kind of app, sometimes known as a ‘platform business model,’ provides a platform for economic transactions between two distinct user groups while also providing the advantages of a big network.

Many industries have two-sided markets, which are encroaching on more traditional products and services. Credit cards (cardholders and merchants), operating systems (end-users and developers), video game consoles (gamers and developers), search engines (advertisers and consumers), and healthcare organizations are all examples of markets (patients and doctors).

These marketplaces strive to benefit all parties involved, including buyers, vendors, and marketplace founders/investors. Two-sided marketplaces eliminate buyer friction and make it easier for buyers and sellers to do business. Consumers and merchants are linked through a secure network that charges a commission on each transaction.

This type of marketplace has exploded in popularity in a short period of time, and it doesn’t look to be slowing down any time soon. Global revenues from these platforms are expected to quadruple from just under $19 billion in 2017 to over $40 billion by 2022, according to a Coresight research report. In addition, Pricewaterhouse Cooper has produced a forecast estimating that global revenue from the sharing economy will reach $335 billion by 2025.

In today’s economy, quickness and ease of use are paramount. Two-sided markets aim to combine these two ideas and provide a place where transactions may be completed quickly and easily. Consider what it was like to hail a taxi before services like Uber and Lyft arrived on the scene. The consumer had to either dial a hotline to request a cab or stand on a street corner and wait for an empty taxi to pass by.

The consumer has no prior knowledge about the driver and agrees to pay an undetermined quantity in cash. Uber revolutionized the taxi industry by simplifying the procedure. When compared to regular taxis, requesting a trip became as simple as pressing a button, and matchmaking algorithms significantly cut wait times. Before agreeing, the consumer may see a picture of the driver’s face, learn their name, read driver feedback from prior customers, and know the actual pricing of the ride. It also gave a way for folks who had never considered driving a taxi before to earn money.

While two-sided marketplaces offer tremendous value to customers, they must also be profitable for sellers to participate. A successful two-sided marketplace will increase demand for a seller’s product substantially more than if they went it alone. A property owner who wants to rent out their property can easily create a website to advertise it online. Would that website, on the other hand, gain anywhere near the same level of publicity as if it were listed on Airbnb? It’s really unlikely. Even if Airbnb takes a commission, the sheer amount of renters looking for available properties should more than compensate.

THE EFFECT OF NETWORKING

The ‘network effect’ is a key topic to consider when thinking about two-sided marketplaces. The network effect, in essence, raises the value of products and services as more people utilize them. The telephone is the most basic illustration of this phenomenon. Phones are only useful if others have them as well. The network has little utility if only one individual owns a phone. The value of the phone network increases dramatically as more people, businesses, services, and governments join it. In 1968, the emergency services phone number ‘911’ was added to the phone network for the first time. Consider the value that police agencies offered to the network as soon as they joined.

On a two-sided marketplace, the network effect lowers user acquisition expenses dramatically. Demand continues to rise as more people enter the market. New supply will be brought in as a result of the increased demand. More supply provides more pricing competition, more availability, and a broader range of goods and services. All of this contributes to the creation of fresh demand. The marketplace can reasonably charge for its services as long as the platform continues to expand and produce value for its consumers. As the two-sided economy expands, the value it gives to all parties involved grows.

Cross-side demonstration virality is another significant advantage of two-sided marketplaces, particularly in the P2P space. Any new users of platforms such as eBay, Airbnb, and Uber are potential buyers. Most of these platforms make it a point to inform prospective consumers about this.

Uber and Lyft, for example, were recognized for their pink mustaches and black automobiles, respectively. Users wanted to share their images across all social media platforms because Instagram made them appear so good. These services are created in such a way that when a user uses them, they can’t help but brag about them to other potential consumers. These are some examples of viral demonstrations. When either the seller or the buyer is capable of bringing in new consumers and providers, this is known as cross-side demonstration virality.

Take Eventbrite, for example. Eventbrite hosts promote their events to their fan bases, which attracts new users to the platform. Some of those new consumers will go on to hold their own events. They will then publicize their own events, resulting in a new influx of users. Rinse and repeat as needed. The beauty of cross-side demonstration virality is that it produces a self-sustaining supply and demand loop. As a result, growth on either the supply or demand side of the platform promotes significant total growth.

Two-sided marketplaces can develop growth cycles spontaneously, generating income for sellers and marketplace entrepreneurs while also increasing value for consumers. This explains why two-sided marketplace apps like Uber, Eventbrite, Etsy, and Airbnb have grown in popularity over time. As the market for two-sided marketplaces has grown, Lithos has produced a number of these solutions for a variety of clients (see an example here). Two-sided markets are here to stay because they reduce buyer friction, increase customer retention, and dynamically evolve to match supply and demand.

Lahore Smart City Plot For Sale – Get Your Investment Ready